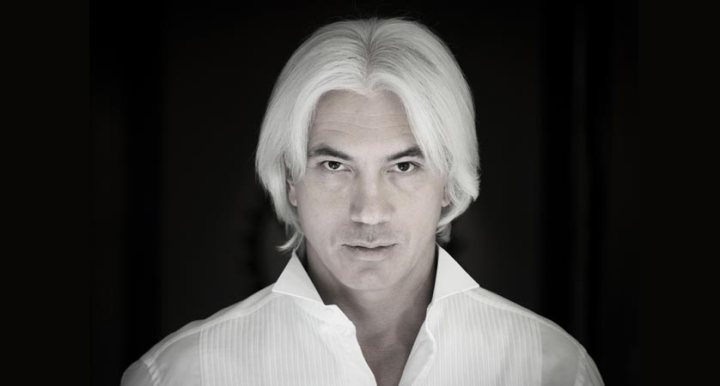 In 2008, I was commissioned to write a piece about the great Russian baritone, Dmitri Hvorostovsky who was in New York for a recording session. The spotlight was intended to be published in Men’s Vogue in 2009; alas the publication folded in November 2008. I’ve had the copy in my files since then. On learning of the sad news of his death on November 22, 2017, I went back to the account I wrote. I feel very privileged to have met the great man, as well as having seen him on the stages of the Metropolitan Opera and Carnegie Hall several times. Here is my memory of a great baritone.

Dmitri Hvorostovsky is not a singer who is bashful about his talents. When the 45-year-old Russian baritone talks about his voice, there’s no pretense at false modesty. “I always feel more advanced than everybody else because my voice allows me to do lots of things,” he says, without a trace of self-consciousness. “It’s such a fantastic instrument.”

But this boast, I quickly realize, isn’t egotism, it’s gratitude. Just as a pianist might express delight in the sound of a Steinway, or a violinist fall in love with her priceless Stradivarius, so Hvorostovsky talks about his instrument with a sense of detached praise. It’s a voice, as the New York Times has called it, “redolent of luxury: beautiful tone, pinpoint intonation, elegant, and impassioned delivery.”

But it’s not just his voice that’s elegant. With his distinctive mane of prematurely silver hair, and his athletic physique, there is something graceful and feline (think, lion) about the way Hvorostovsky moves across the living space of this plush Upper-Eastside penthouse (where he stays when in Manhattan.) The effect might also have something to do with his excellent singer’s posture, which he maintains even as he sips his double espresso.

His vaguely aristocratic air, which belies his humble working-class roots growing up in the Soviet Union, makes Hvorostovsky a charismatic and compelling figure on stage. It doesn’t hurt that many of his roles (Don Giovanni, Renato, Prince Andrei) are characters from the upper echelons of society. He’ll back at the Metropolitan Opera singing Count di Luna in Verdi’s Il Trovatore in February and March, 2009.

Talent is all very well, but Hvorostovsky is fastidious about caring for his voice, almost as if it were that rare violin. “The nature of my voice is a lyric baritone and I should never forget that,” he says, referring to the lighter quality of his sound, which borders on being a tenor voice. “I should never force myself on the dramatic roles,” he explains, pointing out that big roles like Rigoletto, “can drag you down to literally spitting your [vocal] chords out.”

When he was 17 years old growing up in the isolated industrial town of Krasnoyarsk in Siberia, a certain throat doctor proved to the young Dmitri that he was indeed a baritone. “To see the range of your throat, it’s enough to put an electrical impulse on your larynx,” says Hvorostovsky, who until that moment had been training as a tenor. Not that he has any lingering regret about this fact. “Most of the popular singers such as Frank Sinatra, Dean Martin and Elvis Presley have been baritones,” he says. “It’s more sensual and more human.”

And Hvorostovsky has hardly let the comparatively limited baritone stage repertory set him back. In between playing the big roles at opera houses—last season (in the US) he sang the lead in Eugene Onegin, and Renato in Un Ballo in Maschera—he gave recitals across America focusing on Russian songs by Tchaikovsky, Medtner, and Rachmaninoff. Needless to say, the concert was a journey through the dark night of the Russian soul, full of heartbreak, bitterness and regret. Hvorostovsky dressed in black, of course.

“Russian is really what I do best,” says Hvorostovsky, who has clearly set his sights on this rich legacy of songs from the homeland. In the spring, he’ll release two recordings of unusual repertoire, both with his longtime collaborative pianist Ivari Ilja. Pushkin Romances will include romances inspired by Russia’s greatest poet, set to music by composers such as Glinka, Rimsky-Korsakov, Medtner, and Rachmaninoff, and Tchaikovsky Romances which promises to showcase the singer’s rueful Russian lyricism.

And Hvorostovsky is branching out still further. He’s teamed up with a popular Russian composer, Igor Krutoy, to lend his vocal talents to a crossover record of Italian, French, English and Russian songs. It’s kind of chill-out, semi-classical pop, orchestrated with lush strings, beats with a light dusting of electronica. “I got slightly bored of what I have been doing and I want something else as well,” says Hvorostovsky, who is getting ready to dash off to a New York recording studio to lay down some tracks. “I have what I have and obviously have many more potentials to explore. The movies. Pop music. Why not?”

When I suggest that opera purists might not like it, Hvorostovsky instantly dismisses the notion. (“I don’t care. I’ve done 20 years of my career already.”) He’s even considering a world tour off the back of this release, a possible Madison Square Garden date, with huge screens, dancing and (gasp) a microphone. “I hope I’ll bring my own audience all the way from Carnegie Hall,” says the unapologetic singer. “I have nothing to be afraid of. I’m serious.” But then he pauses. “There is a border that you shouldn’t over step, or maybe you should. Who knows?”